THE KILLER IN YOUR LIVING ROOM.

There is a killer in your living room.

It lies in wait for your demise.

Forget the suspense. The killer is your TV.

No, I'm not talking about potentially dangerous radiation emissions from your flat-screen. Your TV literally wants to kill the you inside.

Chances are, you're a typical American. If so, you watch more than 5 hours of live TV every day, according to numerous studies like this one.

These figures don't even account for Netflix, YouTube, TiVo, and every other current available medium for getting your fix.

And you say you never have time to get things done.

You watch TV because you're broke? Here's a news flash: TVs costs money. Satellite, cable, and Netflix cost money. More importantly, you could be making money in the time you're wasting. 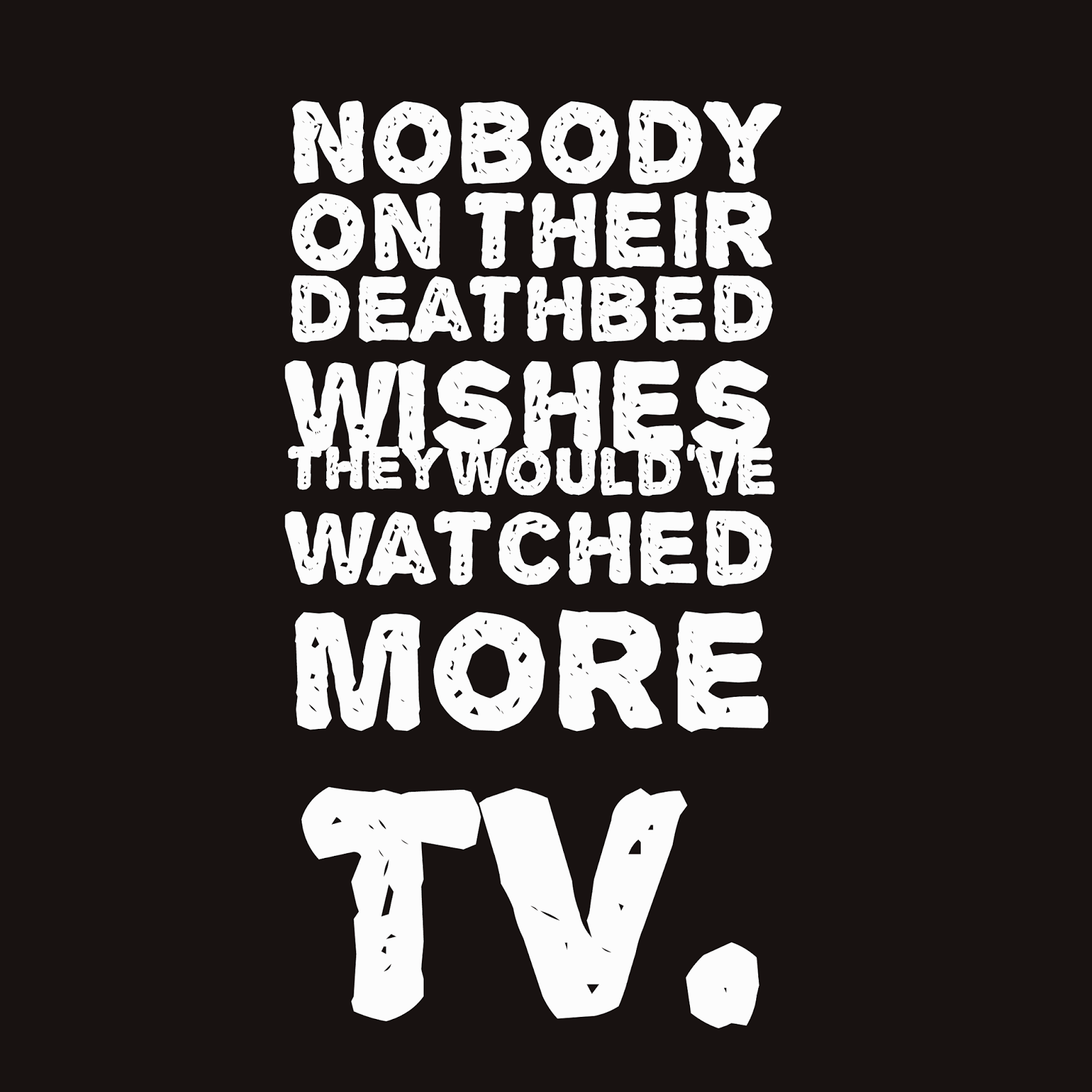 You watch TV because you're bored? Cool. So you're telling me that you don't have a single friend who could use a listening ear? There's not a single nonprofit organization in town that's accepting volunteers? There isn't a single hike you could go on, a single person whose day you could brighten, a single cause you could champion? I didn't think so.

You don't have a TV, and you're proud of it? Good for you. Oh, but you stream all your shows and watch a ton of movies, too? You're a hypocrite. Shut up.

You're not doing, enriching, creating, living. You are simply consuming.

You made a connection with someone over the fact that you watch the same show? So what? A chimpanzee can watch TV and communicate about it. Forge connections with people over real life, over things that actually matter.

TV is not real life. Reality shows are not reality. TV is your reality, you say? Wake up. Your reality could be so much bigger. You were made to live life to the fullest, not take root on your couch.

You could be bettering yourself, your life, your planet. You simply can't do that while watching TV.

Chances are, your steady consumption of entertainment is the single biggest thing ruining your life today. You aren't making progress at work? Your relationship is stagnant? You feel like you don't have any real friends? You can't seem to lose weight? Stop complaining, turn off your TV, and get to work on your life. TV is a drug. It's an escape. But it won't let you escape forever.

Do I own a TV? Yes. Do I watch it? Once every couple months, when my 49ers are playing an important game. Does this make me a hypocrite? Of sorts, yes.

I'm not saying that there is never a time and a place for TV. I'm not advocating complete abstinence from entertainment consumption. I'm merely pointing out that if the balance sheet of your life tips in favor of consumption instead of production, it's time to make a change.

Nobody ever changed the world for the better by watching TV. Not once.

You can't imagine a life without NCIS, The Walking Dead, The Big Bang Theory, and Game Of Thrones, you say? (Confession: I Googled “Most Popular TV Shows 2014” before writing the previous sentence so I would actually sound like I have a clue about this stuff.)

Try turning off your TV for a week. I dare you. With all your newfound spare time, do something—anything--to make this world a better place.

Nobody on their deathbed wishes they would've watched more TV.


Kill your TV before it kills you.
Posted by Unknown at 8:43 AM No comments: