I hope, therefore I am.

I hope for a lot of things. Some of my hopes are realistic. Some, not so much.

When I hope that work will be busy tonight so that I can make more money, my hope has a good chance of coming to pass, especially because I’m planning to stand on the street corner in my giant iridescent salmon costume to drum up business. When I hope that my 49ers will win the Super Bowl this year, my hope simply isn’t based in factual reality, as long as the Colin Kaepernick formerly known as an NFL quarterback remains on the roster. 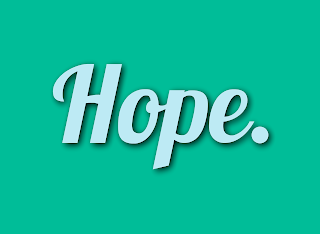 Some of my hopes are trivial. Some are fundamentally existential. This is true for all of humanity. We hope for things as mundane as good barbecue weather, or as profound as peace on earth.

Right now, I’m hoping that my neck will feel better. What started as a strained muscle while climbing in Colorado a month ago has developed into a C6 herniated disc, featuring profound weakness in my neck and forearm muscles punctuated by intermittent blurred vision, headaches, and pain. I’m now wearing a sexy neck brace to work and popping Flexeril and Advil like they’re Halloween candy while seeing doctors, chiropractors, and massage therapists. My life as I know it has been put on hold. Hiking? Forget about it. I spend most of my free time just laying in bed. Thursday, I’ll go in for a second MRI, this time of my brain. Here’s hoping it provides some more answers.

Without hope, we have no hope. Hope is essential to our psyches, vital to our everyday existence. With nothing to look forward to, our happiness withers, our dreams die, our passions fade.

All of our hopes, in one sense, are but temporary placebos, easing the pain of existence, brightening our days, yet eventually meeting their end when each of us is laid six feet under.

When we die, hope dies with us.

I believe that hope is only truly hopeful if it’s out of this world.

You see, I have high hopes for a future that lasts forever. A future free of death. Of tears. Of pain. Of neck pain. I hope desperately for a day when all things will be made new.

I’m not talking about pie in the sky, about harps and halos. I’m talking about a real, tangible forever, spent with the ones we love and with a God who took on our hopelessness on a cruel cross to give us a hope we can wager our lives on.

Some people point to religion, and to Christianity in particular, as a crutch for the weak, as a belief system that provides hope in a cruel, capricious world. In a sense, they’re right. It’s not until we recognize the depths of our weakness, of our hopelessness, that we find the need for hope. For real, lasting hope. For the kind of hope for a future that all the strong, proud nonbelievers in the world put together can’t contrive.

Steven Curtis Chapman puts it like this: “Let me be made weak so I’ll know the strength of the one who’s strong.”

I’m not saying that we should all blindly become Christ-followers simply so we can have hope, and can pat ourselves on the back and tell ourselves that everything will be okay in the end. There are a myriad of logical, historical, philosophical, and anthropological reasons to believe. (Don’t believe me? Read Timothy Keller’s The Reason For God.) But, that’s not my point here. This post isn’t about apologetics; it’s about hope, for heaven’s sakes.

So, while we wait for our eternal hopes to become reality, we’ll have to put up with our earthly hopes being crushed a time or twenty. Our hopes on this earth can and will be dashed on the rocks of reality when we’re faced with suffering, with pain, with heartache, with discouragement, with death. But as long as we hold on to our eternal hope, we can be bent but not broken.

Martin Luther King, Jr., a man who put his hopes for a better earth into action, hopes that ultimately cost him his life, said this: “We must accept finite disappointment, but never lose infinite hope.”

The apostle Paul, who knew a thing or two about suffering, puts it like this: “We also rejoice in our sufferings, because we know that suffering produces perseverance; perseverance, character; and character, hope. And hope does not disappoint.”

When I put my hope in things, in people, in what the future holds, or in the 49ers, I end up hopeless. Every time. C.S. Lewis agrees: “Most people, if they had really learned to look into their own hearts, would know that they do want, and want acutely, something that cannot be had in this world. There are all sorts of things in this world that offer to give it to you, but they never quite keep their promise.” I need to hope in something, in Someone, I can count on. Someone who has gone as far as giving up his own life to show me that he can be trusted. Someone who will one day take us home from this wretched place.

Needtobreathe sums up my feelings well: “In this wasteland where I’m living, there’s a crack in the door filled with light, and it’s all that I need to get by.”

Someday, that door will be thrown open wide. All that we’ve hoped for from the beginning of time will come to pass, and the God of hope will wipe every tear from our eyes. Forever.

I hope that day comes soon.
Posted by Unknown at 1:49 PM No comments: